I do it, and I do it big. Here's to not forgetting about it.

I had to be in the right place to write appropriately for my triathlon coach. If I had tried to write this as my “A” race approached, the post probably would have been filled with hate-filled language regarding her plan for me. That being said, there aren’t too many people in the world who inspire me to have a t-shirt made just for them: 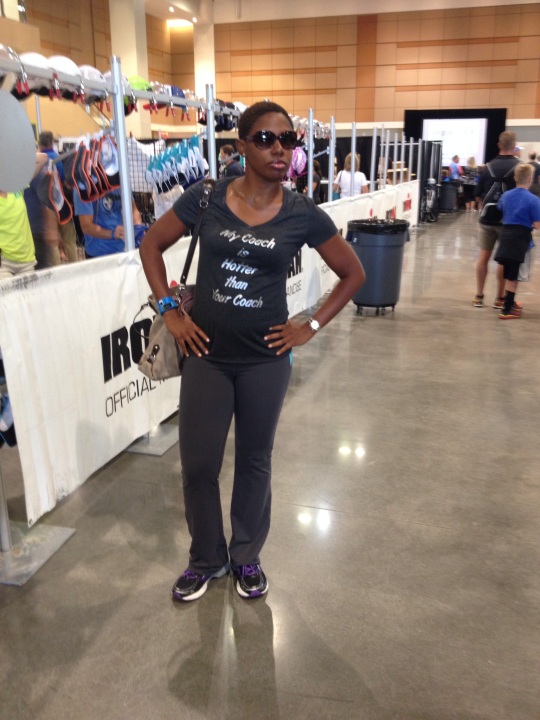 Because of Coachie, I was able to roll up on the Athlete Village at my first half-ironman with confidence. Let me tell y’all – that is no small feat.

You see, I knew of Coachie’s existence long before she knew me. I actually was getting some swimming help from a friend in summer of 2013 when my friend observed her coaching someone else. We spoke briefly at the time, but that was that. Later that summer, one of the trainers at the gym recommended her to me. Finally, that guy who picked me up in the pool said I should check out her services. Months later, I went to one of her evil spin classes. She’s just so charming about it that you almost forget about the pain in your legs. Almost. In the nine months that I’ve trained with her, I have gone from surviving sprint races to feeling great at the half-iron distance. As impossible as whatever is on my training plan may seem, Coachie helps me not just to physically accomplish it but also to mentally wrap my brain around it.

Here’s the thing: Coachie is a great athlete. But that’s not a really big deal. Anyone can put time in and become proficient at something, given her level of dedication. It is her ability – and willingness – to share her knowledge with others in the style of delivery they need in order to thrive that make Coachie amazing to me. If I am not understanding something, she will show me again and again without ever making me feel small. When I do get it, she will share my excitement. She is one of the few people in the whole world with whom I feel I can be vulnerable, which I believe is incredibly difficult for adults to do with one another.

When she is not doing the nearly impossible job of coaching me (or other more capable but less witty clients), she is kicking ass at being a teacher, mother, and wife. She is going to roll her eyes when she reads this, but one time in one of her emails she wrote “my friend” and I geeked out. “Ahhhh! She called me friend! She must think I’m cool!” It’s easy for me to put Coachie on a pedestal because she never puts herself on one. I look up to her because while she walks with the confidence of an Ironman, she also knows she has room to grow. That balance is freaking incredible.

To Coachie – I’m embarrassed you make me gush like this! Thank you for helping Lady J do it. 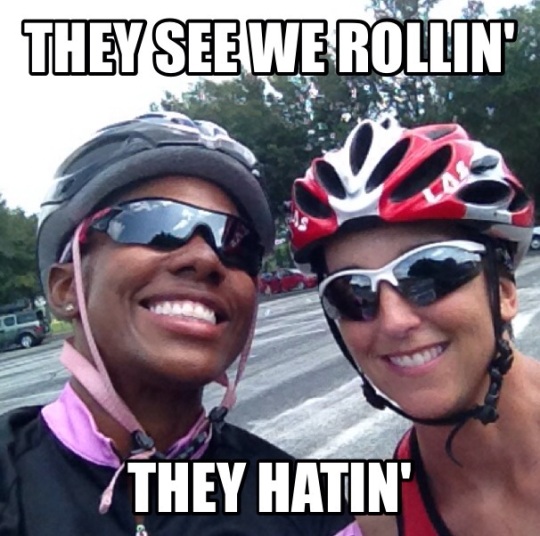 Confession, How Lady J Does It